This project is in the Gimalapira Conservation and Sustainable Resource Management area in central West New Britain, Papua New Guinea. The project balances the protection of important ecosystems through the establishment of a community-managed conservation area, with enhancing income earning opportunities through sustainable development initiatives, potentially including improved agricultural production, eco-tourism and payments for ecological services. These income earning opportunities reduce the pressure on landowners to engage in environmentally degrading activities such as commercial logging and destructive wildfires. The project will work to reduce the vulnerability of the biodiversity conservation area, the villages, and the agricultural and forest resources to a future major fire event through the development and implementation of a fire management plan. It is funded by USAID, and works in partnership with Live & Learn and the Nakau Programme. 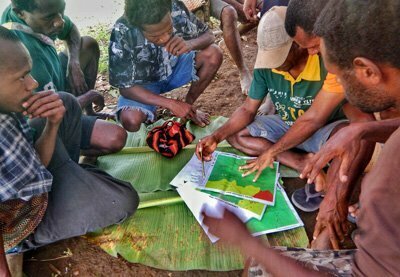 The project area stretches from the summit of the Whiteman Range to the lowland forests in the northwest, which includes Lake Namu and the catchment of the Via River. The site includes a range of ecosystems: lakes, swamps, swamp forest, mangroves, a large area of some of the last remaining intact lowland forest in West New Britain. It covers a range of altitudes, which increases resilience to climate change. Initial results of a biodiversity study undertaken on the eastern end of the Whiteman Range identified 228 butterfly species, 91 bird species, 12 bats species, 19 frog species and 29 freshwater fish.

The major El Nino event in 2015 resulted in a prolonged drought. This resulted in widespread fires along the north coast, with fires observed more than 30km inland in previously intact forest areas. The spread of fires in PNG have been observed to be closely linked to human activity, with most fires happening within 6km of a building. Fire is used as a land management tool, in slash and burn practices for establishing gardens, hunting in grasslands, burning waste and for cooking. 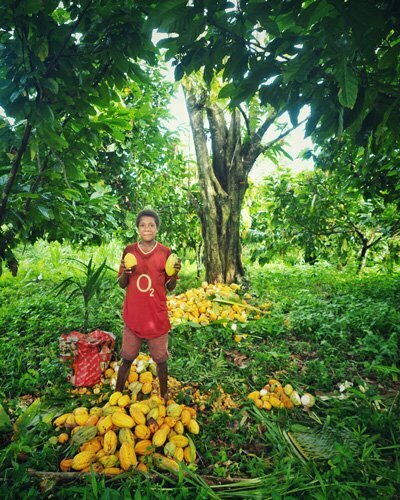 Communities in the area dependent on subsistence agriculture, hunting and fishing, and collection of forest products. All of the villages have limited access to basic services, and the more remote the southern villages have to travel long distances largely by foot to access these services. Education levels are low and all villages have limited literacy.
Working with the community, the project will assess the extent and impact of the 2015 fire event on the forests and other ecosystems of the conservation area and its surrounds and its ability to regenerate to a state that would inhibit future fire events. Participatory assessment of the existing use of fire by communities is then conducted as part of developing a fire management plan for the area. Live & Learn then works to increase the understanding of community members in villages within and surrounding the conservation area of the fire risk conditions and actions they can take to reduce these fire risks.

Logged and burnt rainforests have been observed to have the propensity to regenerate to a similar state to unburnt forests with a closed canopy in 10-20 years. This project reduces the vulnerability of these forests to a future fire event by allowing for this regeneration to take place. These interventions will be crucial to protect the biodiversity of the area, particularly in the unlogged area. Additionally, fire management reduces the risk to the subsistence and cash crop agricultural areas and hunting grounds upon which local villages depend on for income and food security, and the areas that could generate income for local communities through carbon credit payments.

The impact of Fiji’s recent COVID-19 outbreak has shocked the Pacific community. Over 39,770 Fijians are currently infected with the virus. Read More

Access to safe water, sanitation and hygiene (WASH) are essential in schools to provide children with a clean and comfortable learning environment… Read More

Every year droughts have a significant effect on communities in Papua New Guinea. In rural communities that rely on farming, affected crops can lead… Read More

The theme for Menstrual Heath Day 2021 is It’s Time for Action. Nobody understands this more than Mary Elizabeth Ramosaea. Read More